Paul Auster, American writer and director born to Jewish parents of Polish descent has enjoyed the status of cult writer since the 1980s, when, early in his creative years he was acclaimed as the “main representative of the psychological thriller,” for the labyrinthine, alienating and almost metaphysical portrait of New York in his “New York Trilogy” (1985) which won the Prix France Culture de Littérature Étrangère. His novels: “Moon Palace” (1989), “The Music of Chance” (1990), “Leviathan” (1992), “The Brooklyn Follies” (2006), to mention just a few, confirmed Auster as an extraordinary poet of an inexplicable world ruled by chance. In the nineties he dedicated himself to cinema: “Smoke” and “Blue in the Face” (1995) two revelatory movies by Wayne Wang, written and adapted by Auster. He also directed: “Lulu on the Bridge” (1998), and “The Inner Life of Martin Frost” (2007). His latest novel "Sunset Park" was published in 2010. 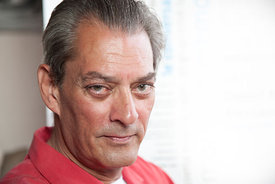 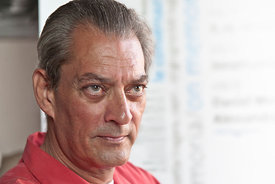